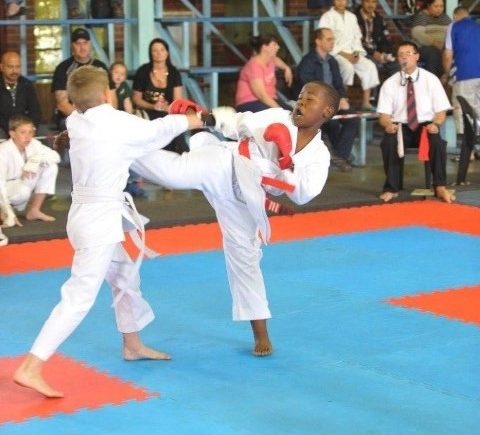 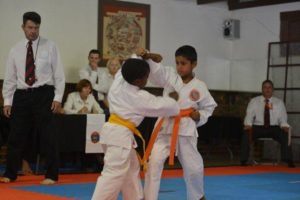 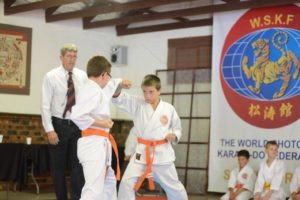 Sensei Mike Dukas (Chief Instructor WSKF South Africa) explained that the main purpose of this tournament is to develop young karate students to compete in Shotokan Tournament, and at the same time to strive to learn the etiquette for tournaments. The tournament also gives young judges and referees the opportunity of judging and in this way to upgrade their skills.

Spectators were entertained by demonstrations of Team Kata, Kumite and use of Nunchaku.

Brandon Shepherd won the trophy for the “best male competitor of the day”.

Caitlin Pillay won the trophy for the “best female competitor of the day”. 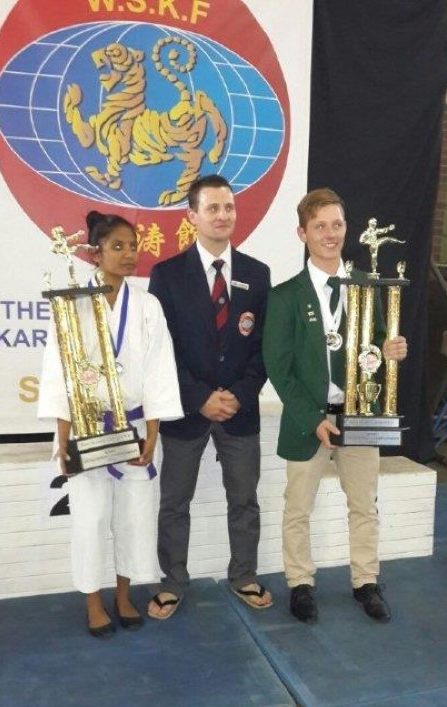