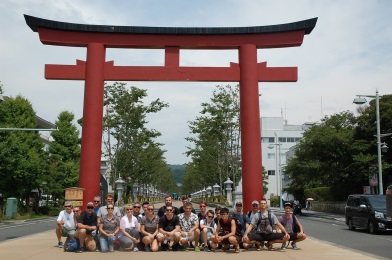 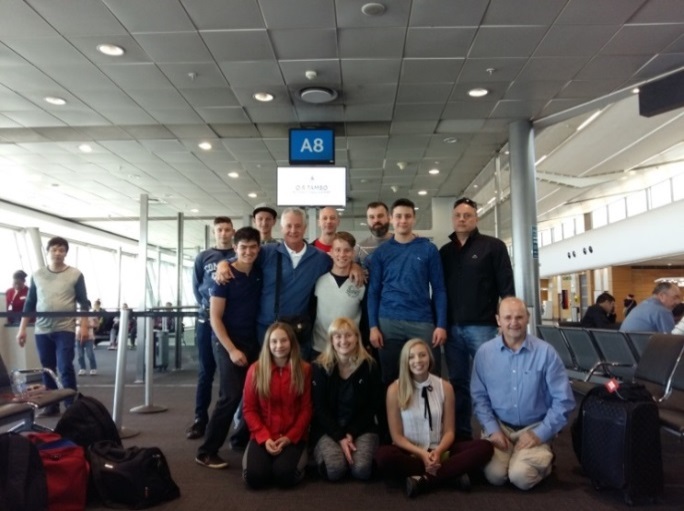 The WSKF SA team of 13 departed from Johannesburg on Thursday, August, 10th and arrived after a long and tiring flight in Tokyo on Friday, August 11th.
From the Haneda airport, we travelled by bus to the Sakura Hotel in Ikebukuro.
Some immediately went for a sightseeing expedition to Shibuya while the others unpacked, chilled and waited for Wenette, Sensei Bryan and his Australian team to arrive. 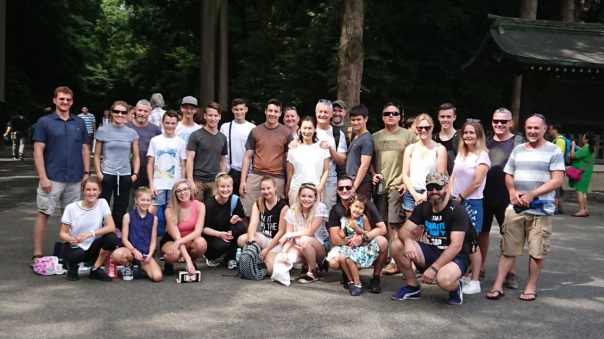 We used the Saturday to acclimatize visiting the bustling Takeshita Street in Harajuku; and the majestic Meiji Shrine, located in Shibuya, where we met with long-time friends Paul, Yuko and their beautiful daughter Emily. 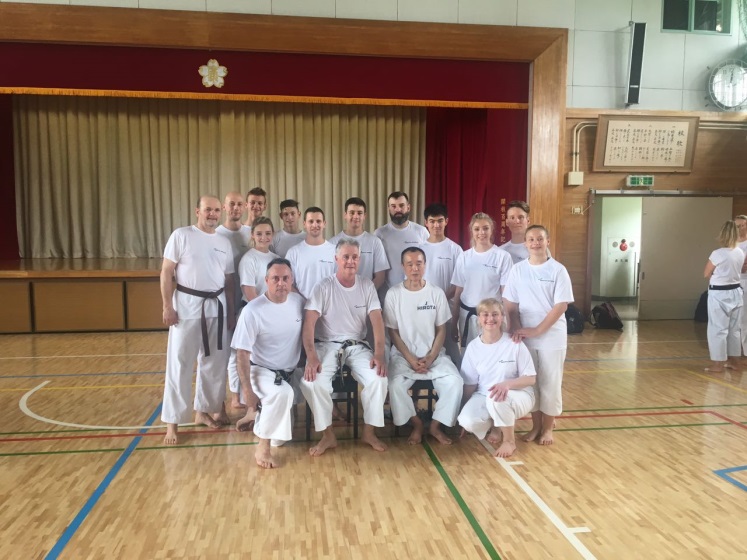 The 1st weekend ended with a fabulous stretching session in Ebisu with the renowned Akihita Isaka Sensei. What an honour and privilege to learn from such a Master! Isaka Sensei has you train as slow as possible in order to isolate each muscle for each movement, understand its function and maximise its potential. Thank you Sensei Mike for arranging this opportunity! 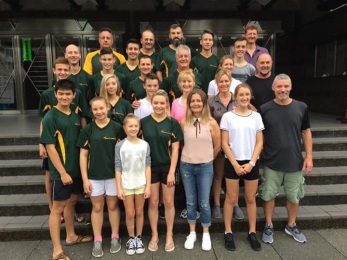 On Monday, the 14th we travelled to the Tokyo Budokan in Adachi, to attend a 3-day technical seminar with Hitoshi Kasuya Sensei, 8th Dan, Chief Instructor of WSKF and one of the leading Shotokan karate instructors in the world. 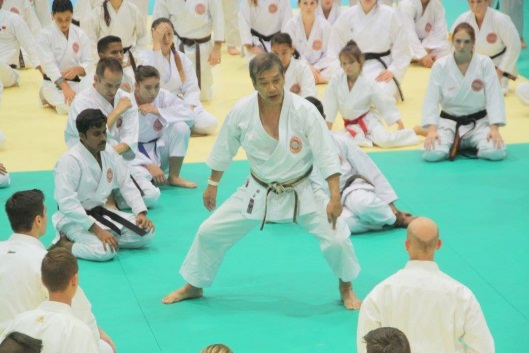 The seminar was aimed at maintaining a conscious presence, mindfulness and awareness when executing any karate technique. It was very interesting and mentally exhausting but, so worthwhile. On the 1st day of the seminar, Sensei Mike awarded his 8th Dan by Kasuya Sensei with the approval of WSKF Headquarter’s Shihankai – an honour and privilege after more than 45 years of committed training, teaching and mentoring – we are proud to call you “Our Sensei Mike”! 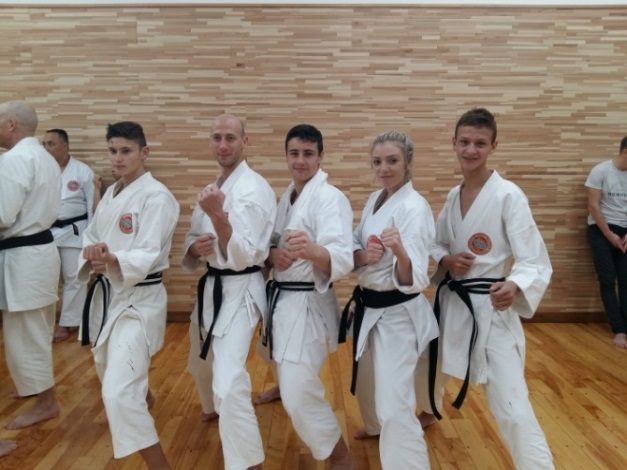 The seminar was topped off by a gruelling grading session in the Warabi City Gymnasium, where Sensei Bryan graded for his 6th Dan (Rokudan), Jéan and Marelie for their 2nd Dan (Nidan) and Duncan, Dehan and Tristan for their 1st Dan (Shodan).
Well done to all on a remarkable and successful performance, high standard and good attitude! 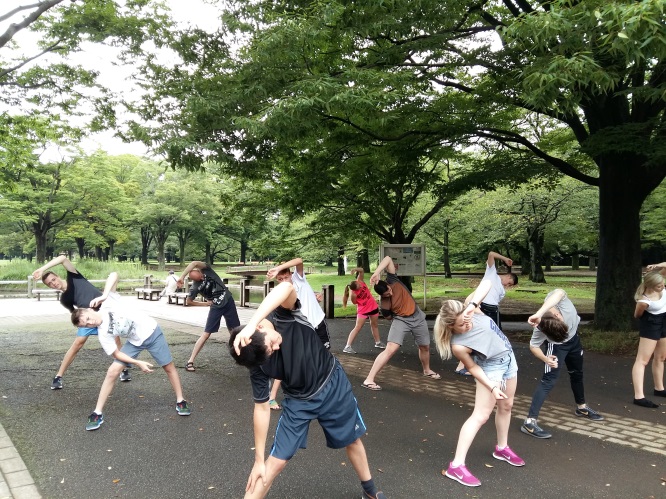 On the 7th day, we had a biblical rest from formal training, but it did not deter our team from flexing their muscles together with their Australian counterparts in the beautiful Yoyogi Park.
Sensei Andrio worked through the Heian and Shitei Katas with the two teams.
While we were training and relaxing, our endearing father-son combo, Senseis Mike and Bryan visited the scenic Odawara Castle, together with the President of WSKF, Haruo Ueda, and several other delegates from countries all-round the globe. 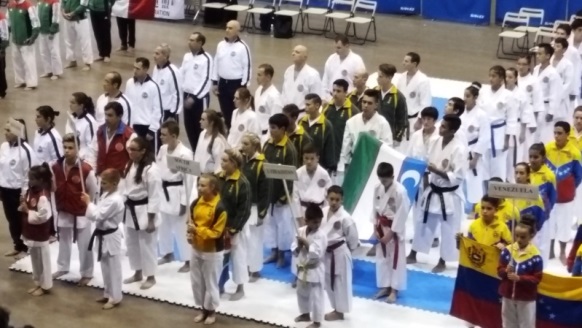 Finally, the day of the 13th International WSKF Championships in Tokyo, Japan came.
With butterfly-filled bellies, we travelled to the Tokyo Budokan in Adachi-ku. The cheerful, playfulness faded away and the team switched on for the 2-day battle.
…and what a successful battle it was for us; 10! Medals in total for SA… 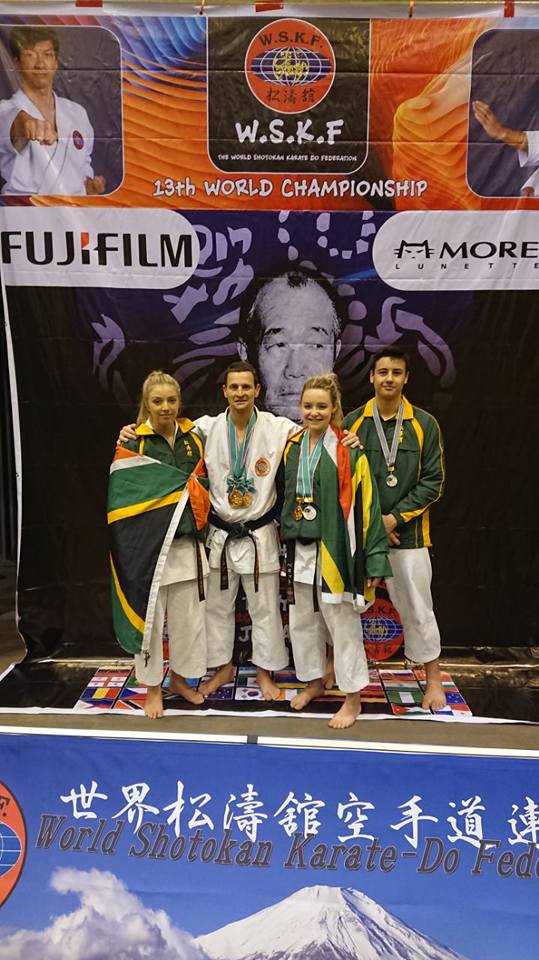 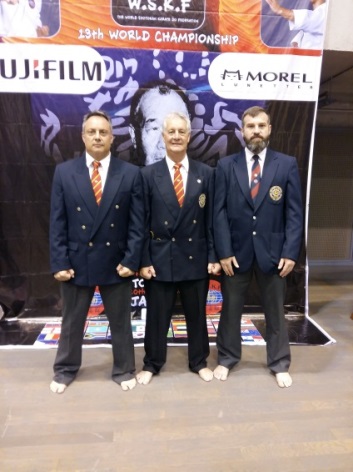 A big thank you to Senseis Mike, Andrio and Otto, who also did an excellent job at judging and keeping the standard high.
The 13th International WSKF Championship was concluded with a celebratory Sayonara Party on the 58th Floor of the Prince Hotel in Sunshine City, Ikebukuro on Sunday, the 20th. 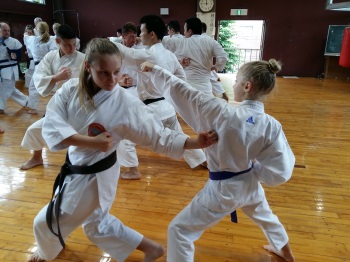 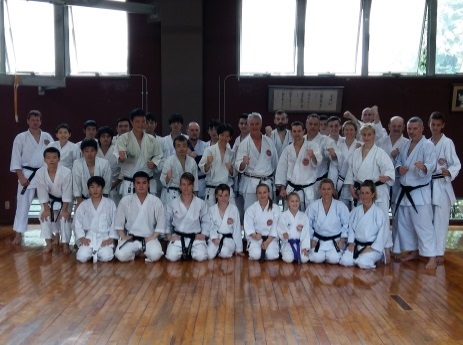 On Monday, the 21st we travelled to Chofu, to train with the energetic Senseis Daiki, Goro, Makita and Shirakawa, together with some of their students. Training was focused on muscle contraction and expansion, hip rotation and spinning uraken techniques. 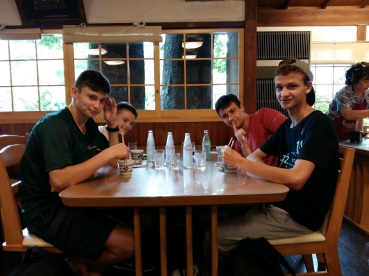 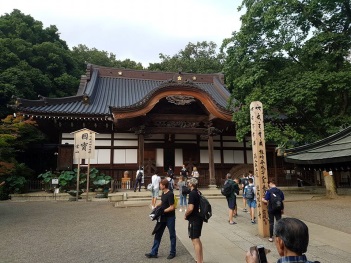 After training we took a long stroll to a Japanese Public Bathhouse. We were treated to a traditional Japanese meal at the Jindai Botanical gardens by Goro, Makita and Shirakawa Senseis, a gesture we humbly appreciated. Thereafter, a quick walk to the Jindaiji Temple, Tokyo’s second oldest temple. 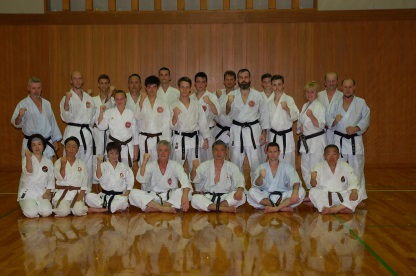 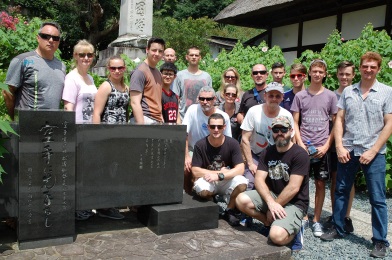 The next two days were spent traveling and training with the phenomenal, Norio Kawasaki Sensei, in Kiti-Kamakura. On our last day, we visited several historic shrines, temples, botanical gardens, and the tourist “must-do”… a visit to the Great Buda.
Training with Kawasaki Sensei was exhilarating; with the focus being on engaging the correct muscles for kicks; speed and pauses within kata and mindful distancing and penetration techniques in Kumite.
This reiterated the “good Kihon, makes good Kata and Kumite” we have heard to many times in the Dukas dojos.
Naturally, our visit was crowned with a jovial super at a local Chinese restaurant which echoed with loads of laughter, food in abundance and plenty Kanpais! 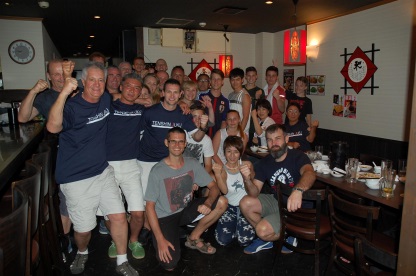 This was truly a trip that will be etched in my mind forever.

Respectfully compiled by Tatjana Radojevic-Rogowski, with sincere thanks to all the willing and able photographers.