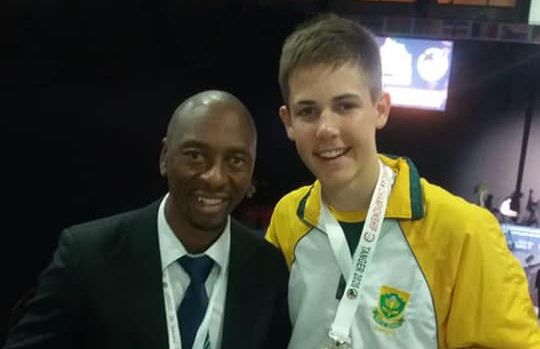 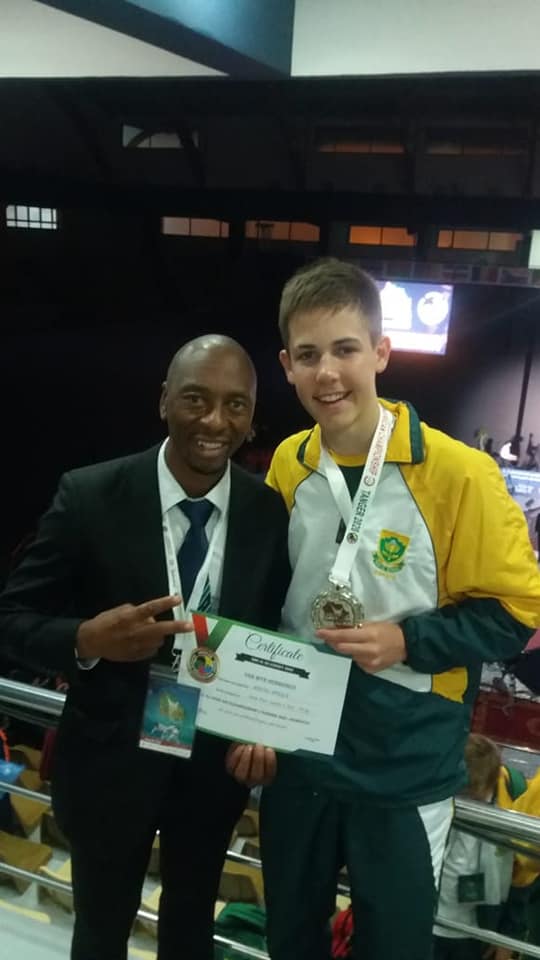 Herman van Wyk started Karate at the age of 6 in 2010 at Shotokan Karate Academy.  Herman’s dream was to become a Black belt.  Herman started to compete in competitions.  In 2014 Herman Competed at the SA Championship and won his first Gold Medal and became the South African Champion for Boys Kumite at the age of 10.  Herman was invited to represent South African in Zambia.  We promised Herman that one day when he is old enough to travel with the team he can Represent his Country.
Since 2014 Herman was selected as the Free State team and competed at all the South African competitions.  Training hard and rewarded with good result.

Herman was selected to train at the High-Performance Centre of the Free State in 2016.  Herman trained hard and was performing at top Level.  As a little boy Herman had a dream and with hard work and commitment Herman was working towards making his dream come true.  In 2018 and 2019 Herman was Karateka of the year at Shotokan Karate Academy.  October 2019 Herman graded for his Shodan and he achieved his goal of becoming a Black Belt.  January 2020 Herman was invited by Karate South Africa to represent south Africa in Morocco.  Herman’s dream came true, he is old enough to represent his country and travel to Morocco with the South African team.   Herman received his Protea Colors.

Herman trained every day two times a day for 3 weeks.  As the going gets tough the tough gets going.  Sensei Quentin Rourke prepared Herman for this experience of a live time.  Everyone was supporting Herman and motivating him trough the blood, sweat and tears of training hard.

At the African Championship in Morocco, the division for Cadet boys U 70 kg was a small division.  Herman competed and Received a silver medal.  Herman’s dreams came true Black Belt and Protea colors.  With hard work and dedication anything is possible.  If you can dream it you can do it.

Special thank you to Sensei Quentin Rourke for years of training and believing in Herman van Wyk.  When times was tough Sensei Quentin you motivated Herman to just keep on going at the end everything is worth the effort.