The WSKF South African team of 15 members departed from Johannesburg on Sunday, 11th August, to Tokyo via Dubai. At Haneda airport, Tokyo, the team was picked up by bus and travelled to the Sakura Hotel in Ikebukuro.

The first day in Japan was used to recover from jetlag and to do some exploring. The team travelled to the famous Takeshita Street in Harajuku by train where they walked around and started to feel part of the Japanese community.

Harajuko and team at Yoyogi Park

A special training session with Isaka Sensei was held on Thursday. A three hour stretching session was conducted by Isaka Sensei where he taught exercises to stress the importance of muscle and bone movement. His famous quote, “Move like animal”, was heard repeatedly during the great training. 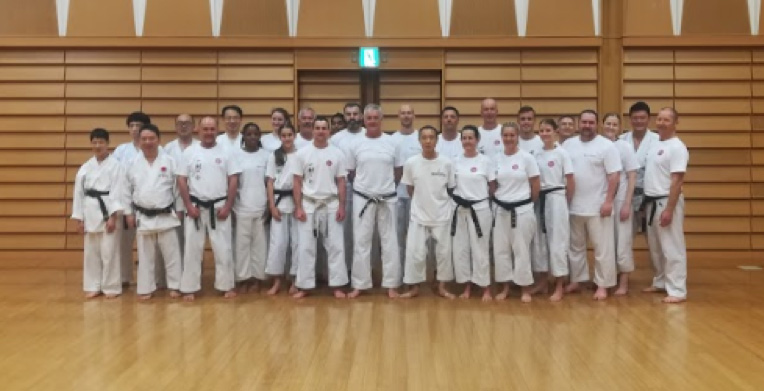 Friday was a day off from training and the team visited Shibya, where some took photographs at the famous Hachico sculpture and some took pictures of the night-lights at the busiest street crossing in the world.

The team travelled to the beautiful seaside town of Kamakura on Saturday, where they visited Gichin Funakoshi’s shrine and trained with Kawasaki Sensei. This training session was full of energy and students were able to do test one on one fighting techniques, as well as some kata training (Hangetsu).

Training With Kawasaki Sensei in Kamakura

The official WSKF Technical Seminar was held from the 19th to 21st August 2019 at the Tokyo Budokan in Ayase. The seminar was conducted by WSKF World Chief Instructor, Hitoshi Kasuya Sensei (9th Dan). Days were hot and humidity was high. The sweat poured to the ground from time to time due to the heat and the intensive training combination. Each class started with warm up exercises and the importance of which exercises should be done before training was discussed. After warm up, class would commence with the three elements that make up Karate, namely: Kihon, Kumite and Kata. Special spin techniques, combination kumite techniques and the four sentei Kata’s (Bassai-Dai, Jion, Enpi and Kanku-Dai) were worked on and discussed. 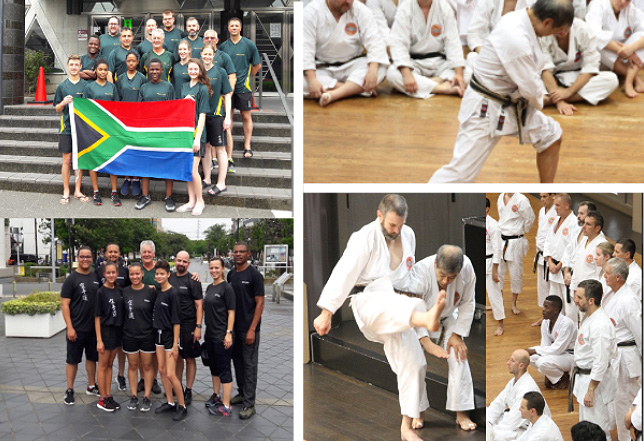 Technical seminar at the Tokyo Budokan in Ayase

All country referees and judges would remain after training each day to practice and discuss the rules of the upcoming competition. On Wednesday, 21st August 2019, Kasua Sensei conducted the Dan examinations. It was a pleasure to see Mike Dukas Sensei (8th Dan) be invited to sit on the Dan grading panel. The following members successfully passed their gradings: