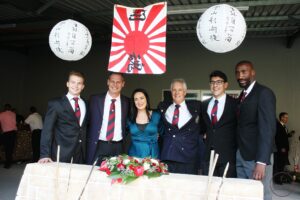 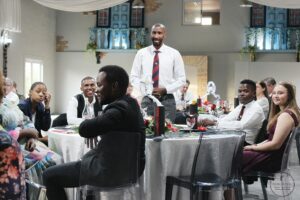 This traditional annual event comprised the mingling of Karateka and Instructors alike from different provinces across South Africa, good food catered for by Be My Guest Hotel on the Free State bank of the Vaal River, splendid décor provided by Lynette Pretorius, reflection on the year past by dojo heads, the handing over of Japan-issued grading certificates and final toasting of the evening with shots of Saki! 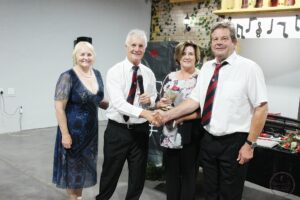 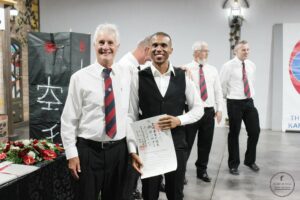 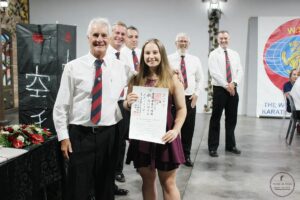 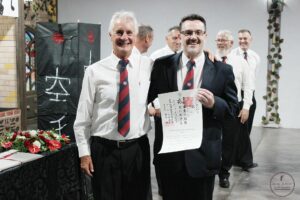 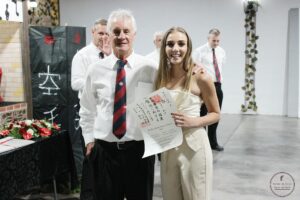 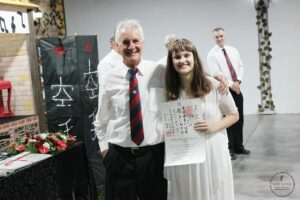 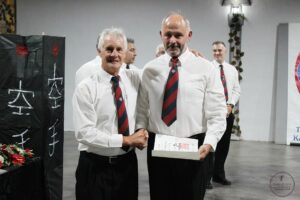 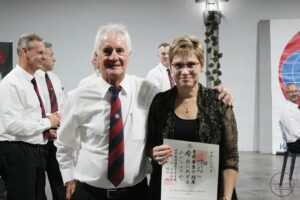 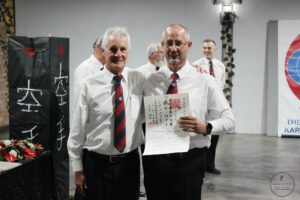 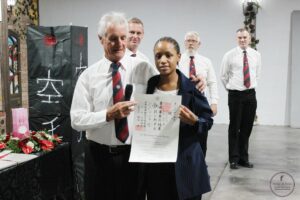 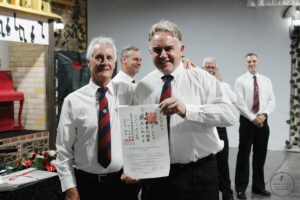 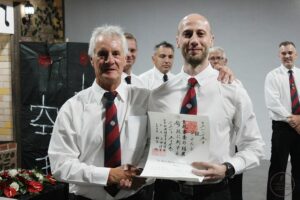 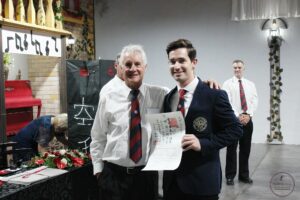 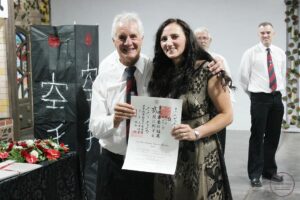 Mike Shihan surprised everyone by announcing that he had a special Dan Registration Book made for WSKF South Africa. The book was made by Helene van Aswegen, who lectures at Stellenbosch University in the Western Cape, who specialises in book binding using a Japanese method called “Seihon”. This extraordinary book was bound using a specific binding technique called “Fukuro Toji” also known as Japanese stab stitching. The paper used is also made from Japanese rice paper. 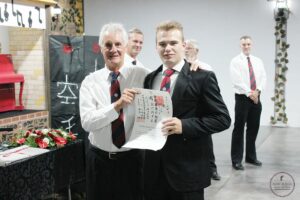 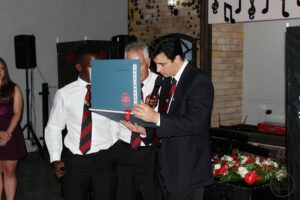 One of the new Black Belts, Bukile Mabaso, mentioned, ” Shihan in 50 years’ time I may be alive, you, unfortunately will not be alive, but the book will be alive”. True and wise words! Mike Shihan hopes that this Dan Registration Book will encourage all existing and new students to train hard and diligently so as to get their names printed in this historical book.