WSKF South Africa hosted the annual gasshuku in the picturesque venue of Langebaan, Western Cape, in March this year. Members from our affiliated schools from all over South Africa attended, with grades ranging from white belt beginners to the more advanced black belts. 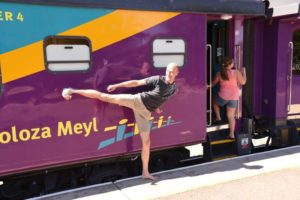 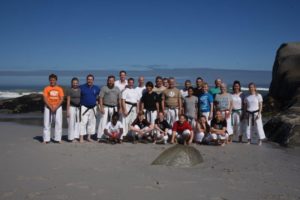 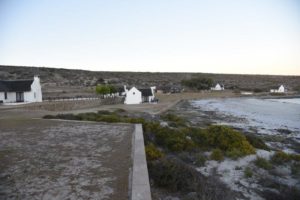 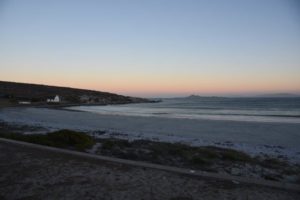 For students residing in Gauteng and Potchefstroom, the journey started on Wednesday with an overnight trip on the Shosholoza Meyl train. The train is renowned for its slow and peaceful pace as it traverses through the beautiful countryside towards the Cape. Spirits remained high when we arrived in the idyllic setting of Langebaan the following afternoon. 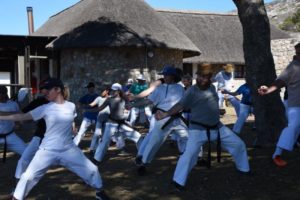 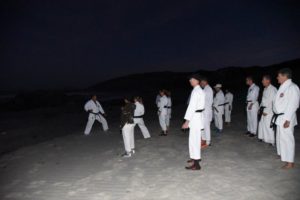 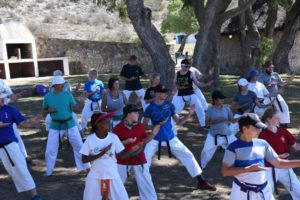 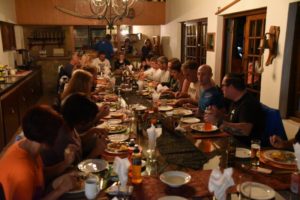 Two days of intense training followed, with training sessions planned from sunrise to sunset. Both mornings started with a beach run and training session. Training continued throughout the two days with focus on kihon, kata and kumite for the various levels. Classes were presented by Mike Sensei, Marius Sensei, John Sensei as well as a few senior instructors. 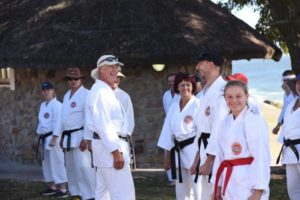 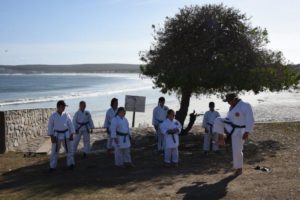 Friends and students from our member dojos in Langebaan and Saldanha joined us on Saturday. Students were divided into groups relevant to grade and age and assigned an instructor. This allowed for focused sessions where students could learn their new grading kata and refine their grading kumite. 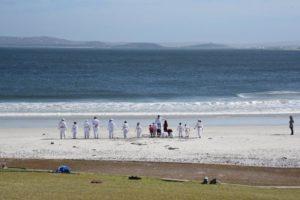 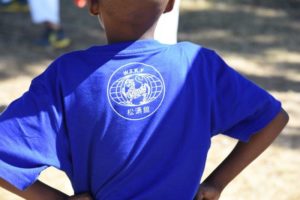 Mike Dukas Sensei covered the WSKF Dan Grading syllabus to ensure standardization and correct understanding across all our member schools. 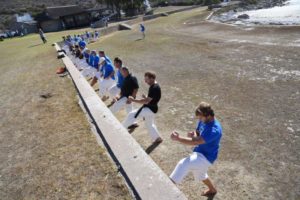 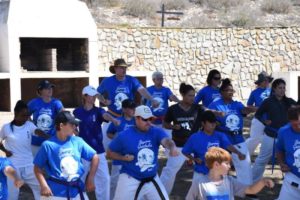 The nunchaku class presented by Marius Jordaan Sensei is always a keen favourite amongst our students! Students had the opportunity to sharpen their skills with this ancient weapon. 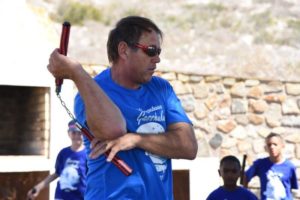 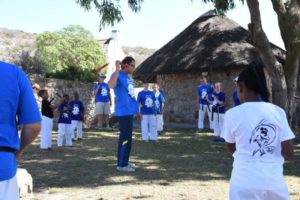 Between sessions, students could relax in their chalets, situated only a few metres from the private beach! A few brave young students ventured into the cold Cape ocean for an afternoon swim. All meals were catered for and were so delicious that students often went back for second and third helpings.

The gasshuku ended on Sunday morning, with students packed and ready for the home-bound train journey, with tired minds and bodies. 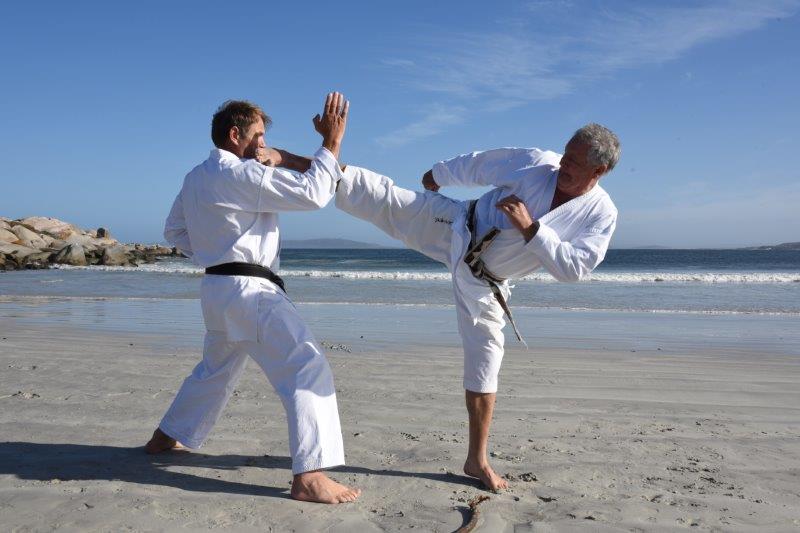 Thank-you to Sensei Jan for arranging and hosting such a memorable gasshuku!