A very successful National Gasshuku was held in February 2014.

The venue for this year’s Gasshuku was once again the beautiful West Coast National Park.The group of karateka and their partners from Gauteng travelled to the Cape by train.

This proved to be a great idea with lots of fun on the way. The group got a chance to get to know each

other in a more social way during the trip which started in Potchefstroom and ended in Wellington.

A bus was there (organised by Jan Sensei) to take the group to the venue. 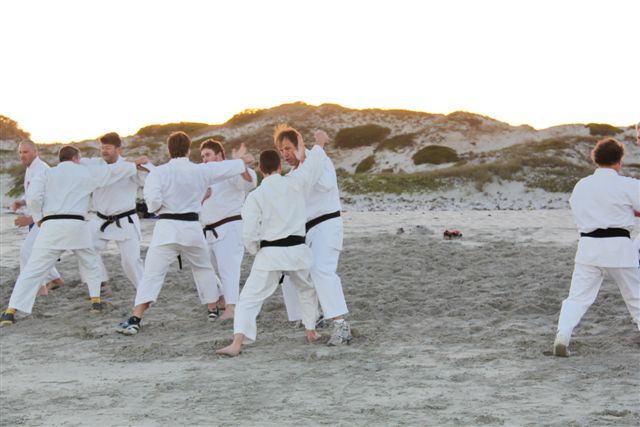 The training started early in the morning (if fact before the sun was up!!) and continued throughout the day.

The training was very intense with a lot of information passed on by the various instructors.

Thanks to all instructors for their valued input.

and the group all enjoyed lunch together before the youngsters went back home.

During the day time was also allocated to discuss the WSKF S.A. Constitution and the Technical Manual.

Theanora Brand from the Langebaan Dojo also had the opportunity of grading for her Shodan at this event.

Congratulations to Theanora on attaining your Shodan grading.

the group. The accommodation was super, the food was delicious and all the arrangements could not have been better.

Jan Sensei you are a star! 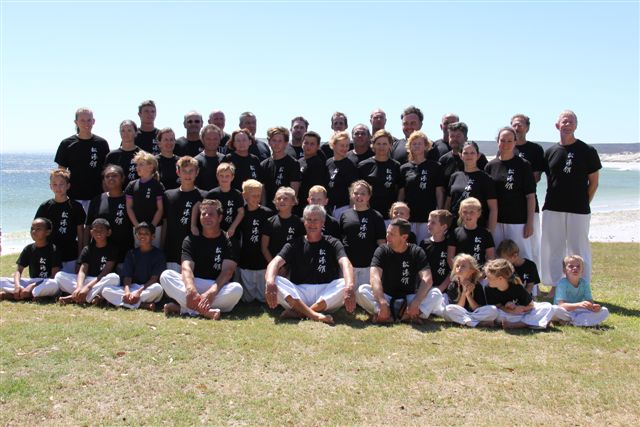