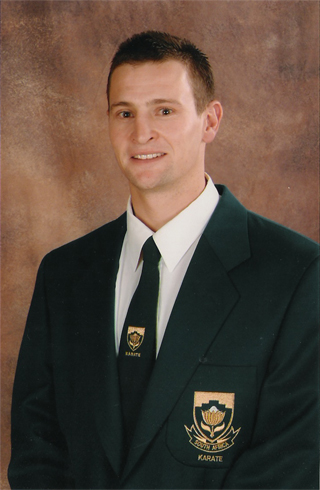 Sensei Bryan Dukas was selected as the South African Protea Team Captain during the World All Styles Karate Championships held in Tokyo, Japan during November 2008. 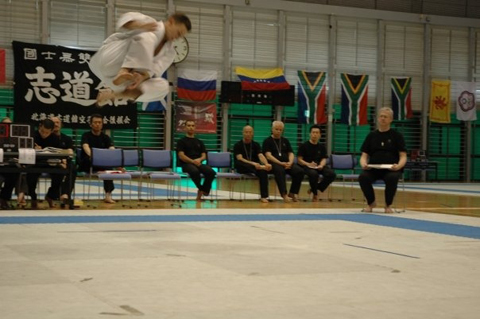 This is the first time that a karateka from Gauteng South Province has held this honour. 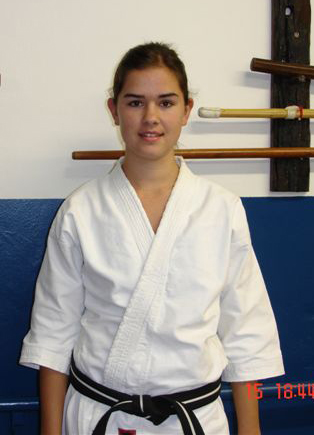 Sansha van der Merwe, an avid member of the Vanderbijlpark dojo, matriculated in 2008 and obtained 7 distinctions. We proudly congratulate Sasha and wish her a prosperous and fruitful 4-year study period in Potchefstroom were she is working hard at completing a BSc Chemical Engineering degree after obtaining a Sasol bursary. Hence we anticipate the successful completion of her studies and her ultimate return to the Vaal Triangle and our dojo. Seven members of the Dukas karate Institute recently visited Japan for training and sightseeing. Training at the honbu-dojo was, as always, strenuous. We were also invited to train at the Shoto dojo in Shibuya. 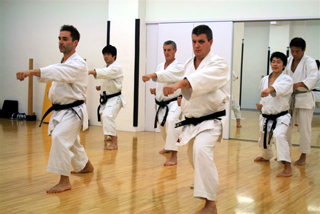 After the first week we were all pro’s at using the subway, JR and busses but even with one of the most efficient transportation systems in the world, we also did A LOT of walking. We were fortunate to have found comfortable accommodation close to the dojo which saved a lot in terms of travelling time and costs. 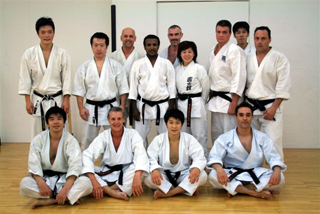 Most of our time was spent exploring Tokyo and of course shopping in Akihabara and Asakusa’s Nakimase-dori and Takeshita-dori in Harajuku. Sightseeing included Sensoji Temple in Asakusa, Shibuya’s Meiji Shrine and Yoyogi Park (where we spotted the famous Tokyo Rockabilly Club), Roppongi (an area well-known for its nightlife), Ueno Park, the Imperial Palace Gardens, Rikugien Garden and the Shinjuku skyscraper district. Some of the tour members travelled to Hiroshima by Shinkansen to visit the sacred island of Miyajima and stopping over in Kyoto on the way back 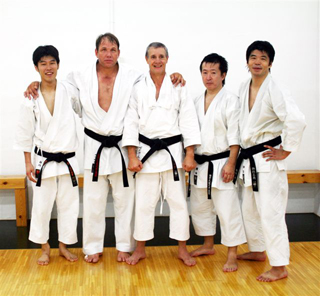 The highlights of this trip (apart from the training of course) was a karaoke evening where the group had some serious encounters with Shochu and a very special gasshuku at Lake Kawaguchi near Mt Fuji. Some of the sights in the area included the Statue of Takeda Shingen, Erinji Temple and Takeda Shrine. Regrettably it rained all weekend and there was no sight of Mt Fuji (to Sensei Mike’s delight or maybe even due to his magic). To compensate we travelled to the fifth station on Fuji by bus.

The group was treated to a wonderful hoto lunch – The area where we were -Yamanashi prefecture – is famous for this rich vegetable stew with udon noodles). For dinner we had a scrumptious Japanese braai. Gochisosama deshita” to our generous hosts. Too soon the trip was at an end and we had to say goodbye to Japan and the friends we have made there. 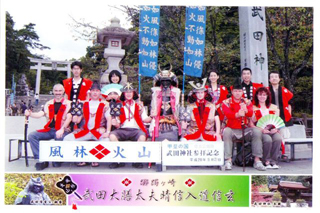 A special thank you to Sensei Mike and everyone who made this trip a memorable experience. 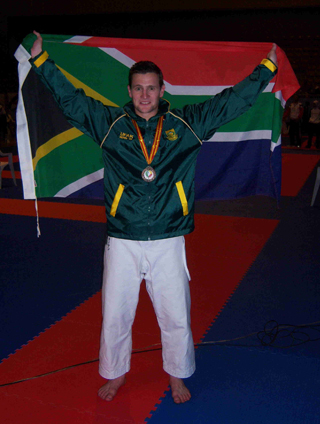 ” I once again was selected for the National South African Karate team to compete at the 12th All African Karate Championships to be held in Benin on the 9th and 10th of August 2008. The team consisted of 16 of SA’s most elite Karateka. This is an All Styles Karate event that gets held every 2nd year across different African countries. South Africa hopes to host this prestigious event in 2010. This is the biggest Karate event that a National Team member can compete in between the African countries. South Africa won 3 medals at the Championships of which I was one, winning Bronze in the Male Open Kata Event. Hoping to get selected now for the 19th World All Styles Championships to be held in Japan in November 2008. Lots of hard training will follow in the next few months to prepare for this event.” – Bryan Dukas Sensei 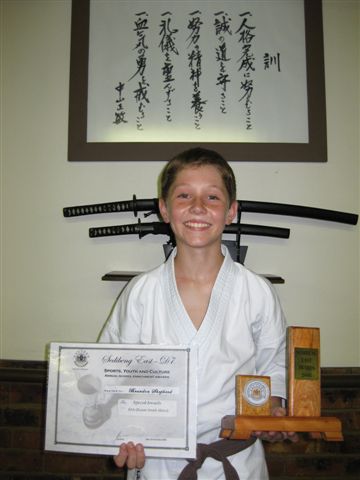 Brandon Shepherd, a student of Sensei Bryan Dukas was awarded Junior National Colours and took part in the Commonwealth Karate championships held in Scotland during June 2008. He was selected by Sedibeng to receive a special award at the end of the year in the division “Sport, Youth and Culture”