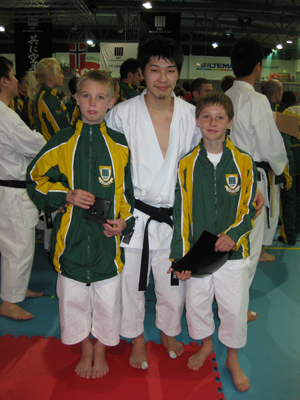 The year started off with a great event. During March 2009, members of the area took part in the KWF World Karate Championships held in Norway. 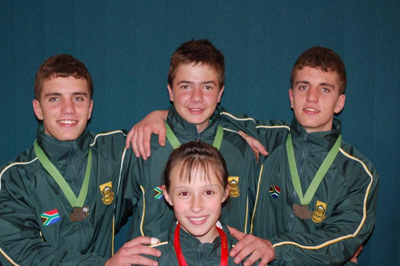 Jean-Pierre Van Niekerk, Thomas Van Niekerk, Werner Pretorius and Marike Stols from the Dukas Karate Institute achieved the greatest honour a sportsperson can achieve when they were awarded National Junior Protea Colours, and represented South Africa at the Commonwealth Karate Championships, held in Pretoria in September 2009.

They excelled at this event. Marike was the shining star who came back with a gold medal for kata in her age category. Jean-Pierre, Thomas and Werner won the bronze medal for Team Kata in the Senior Division.

During September 2009 the Institute had the privilege of hosting a group of Japanese Karateka who were in South Africa on a friendly tour. It was great to train with our Japanese friends and exchange training techniques with them. The karateka are well known to a group of the members who regularly train in Japan. 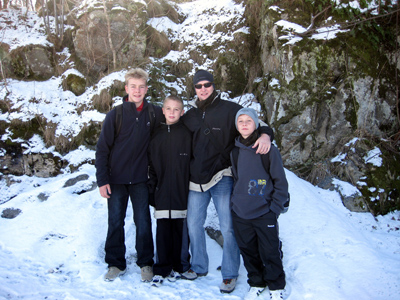 Brandon Shepherd, Ewald van Zyl and Marten van Wyk, were part of the South African team that participated at the 5th KWF World Cup held in Norway during March. 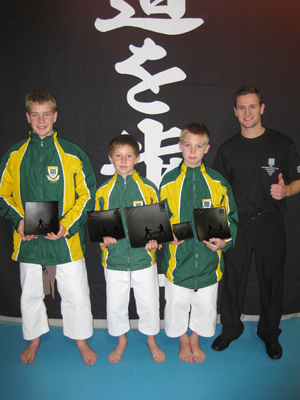 As in the past, Sensei Mike Dukas (7th Dan) and Sensei Bryan Dukas (4th Dan) together with all their Instructors are planning to put a lot of effort into the development of traditional Japanese karate in the Province during 2010.

Brandon proved to be one of the stars of the SA team. He won a gold medal in the Open Kata 12-13 year division, making him the 2009 KWF World Champion in this division. Marten brought home the bronze medal in the same division. Brandon, Ewald and Marten won a silver medal in Goodwill Junior Team Kata. Brandon and Ewald took a silver medal as part of the Goodwill Junior Team Kumite. 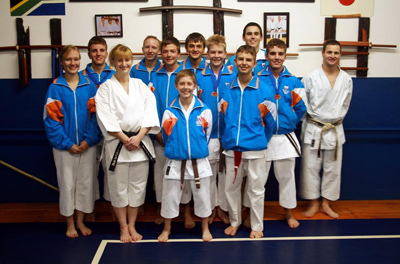 Ten karateka from the Vaal region recently received Gauteng South Provincial Colours after being selected to represent the Province at the Karate South Africa (KSA) National All Styles Junior and Cadet Championships. The championships were held in Durban at the University of KwaZulu Natal from 17 to 18 April.

The team did the Province proud. 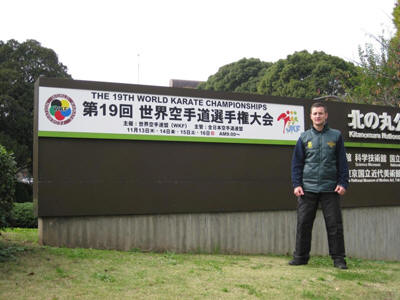