Everyone was so excited to be competing again. Especially after 2020 and Covid-19. It seems things are finally getting a little bit more normal. 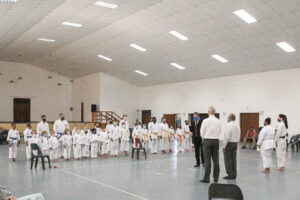 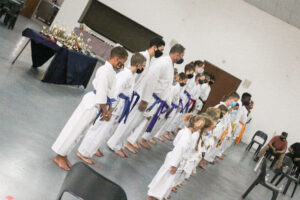 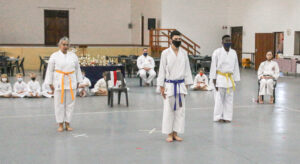 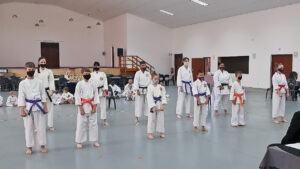 It was our beginners’ first time in a competition environment, and they were superstars!

All karateka had so much fun and did amazing.

We had our prize-giving after the championship to praise all the karateka for being impressive!

All the hard work during this year definitely paid off!

Langebaan Dojo is ready to start 2022 with a bang! 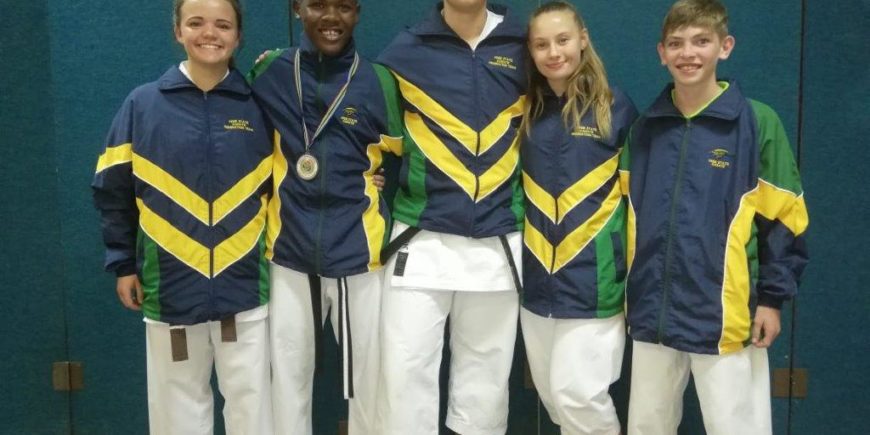 Lebo received his Free state colours during trials held in Bloemfontein on the 9/10th February 2019.

History: In 2010, at the age of 6, Lebo’s karate career started under Sensei Bryan Dukas. He started competing in 2012 at the age of 8 where he was chosen to represent Sedibeng at District Level, where he achieved highly.

In 2014, when he was 10 years old, he was fortunate to have the opportunity to compete at Provincial level, National level, and then be selected to represent our country at the Zone 6 competition.

In 2015, due to his performance, he was selected to represent South Africa at the 9th Youth World Cup in Croatia. This was a great honour for him, as he got exposure and the opportunity to learn from his peers who came from different parts of the world.

Currently: Lebo trains basically every day. His main training dojo is at Sasolburg Dojo but also trains with other WSKF instructors in the Vaal Region. Before competitions, Lebo puts in a huge amount of effort to attend extra classes with instructors that can assist him from a technical point of view. Lebo has a mindset of “back to basics”, because like he says: “I have learned from my instructor if my basics are good the rest will fall in place.”

Word from his current Instructor: “In this past 8 years I have seen Lebo develop into the karateka he is today, Lebo has a deep passion for karate. He is a hardworking and dedicated karateka, always eager to learn. Throughout the years he has become a great young role model for new young karateka. I see him growing up to be an established senior black belt and exhibits the qualities of assistant instructor in the dojo one day, he is one of the top performers in karate overall. His achievements speaks louder than words. As a member of WSKF karate, I have found Lebo to be motivated and a responsible student who master technique and applies it well. He ask questions to ensure that he has a firm understanding of the technique. Lebo is self-motivated and gets along with all his fellow karateka”. 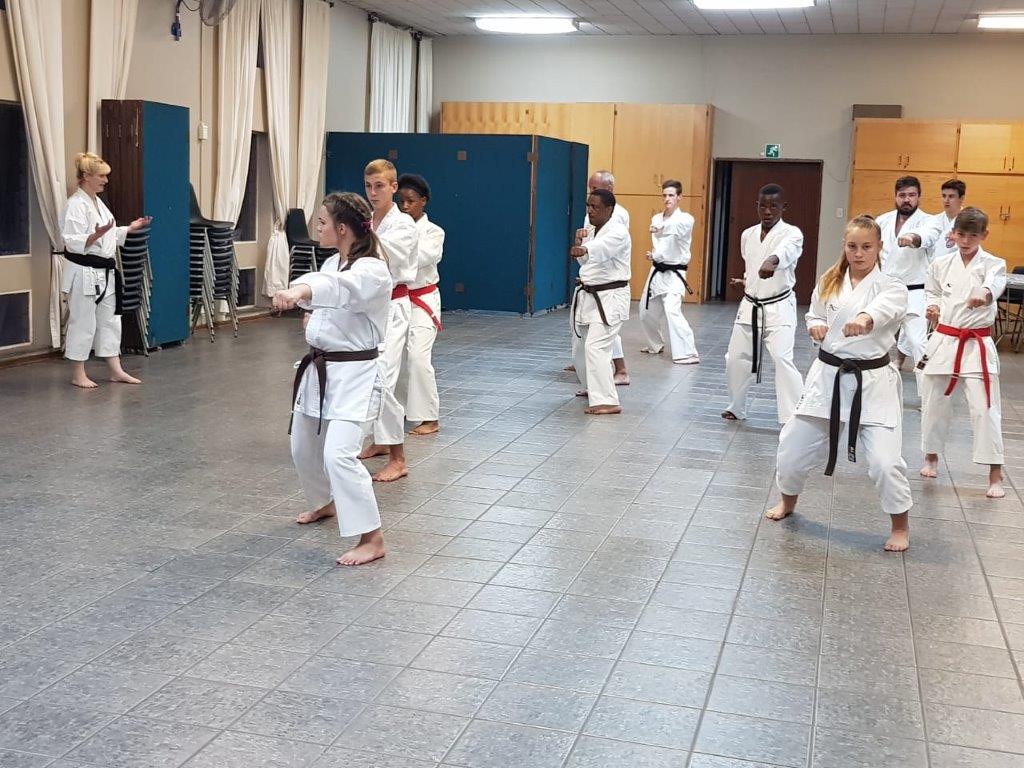 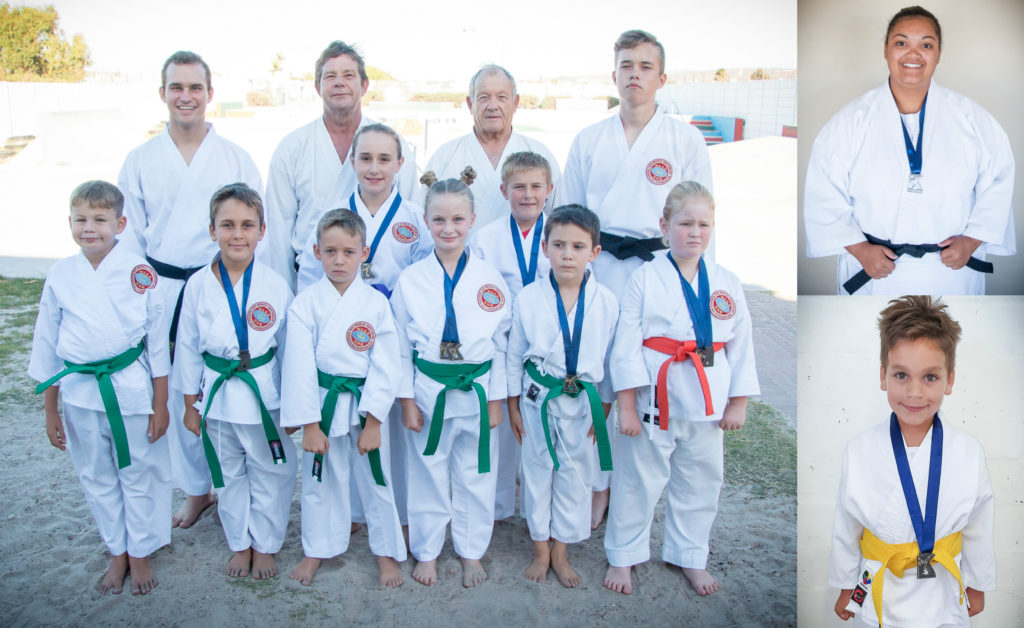 Karateka of Langebaan Karate Centre excels at KSA Championships held at Kuils River.Twelve karatekas took part during 9 - 10 February this year and a total of 14 medals were won.

Well done to all karateka 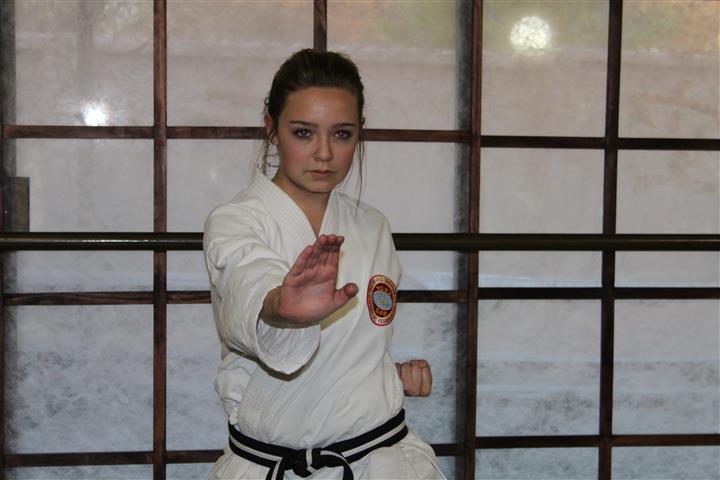 Wenette Jordaan has been selected to be part of the National South African Protea Team for karate. This is a wonderful achievement, and one that we are all very proud of.

The team will be taking part in the “Commonwealth Karate Championships” to be held in Canada during October 2013.

2013 has been an exceptional karate year for Wenette, with her major achievements being:

•    Awarded Sedibeng Karate Colours
•    Awarded Gauteng Provincial Colours
•    Winning 3rd place in Kata and 2nd place in Kumite at the International Kanazawa Cup in Durban
•    Selected to compete in the Elite S.A. National Karate Championships
•    Awarded South African WSKF Colours, then taking part in the World WSKF Karate Championships where she was placed 4th in the Individual Kata events and 2nd in the Team Kata events.  (33 countries competed in these championships)
•    While in Japan she attained her Shodan (1st Dan) grading under our WSKF Chief Instructor, Kasuya Sensei.

Good luck to Wenette – we will all be rooting for you.