WSKF South Africa, under the leadership of Michael Dukas Sensei, was recently honoured to host Hitoshi Kasuya Sensei, (8th Dan) the Chief Instructor of The World Shotokan Karate-Do Federation and one of the leading Shotokan karate instructors in the world. 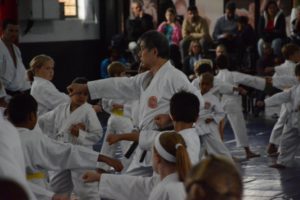 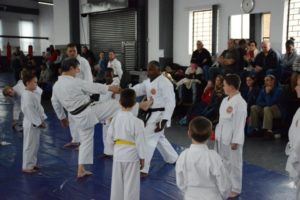 Kasuya Sensei is a former protégé of Master Nakayama Sensei who had an important impact on him because of his scientific approach to karate and his ability to challenge his students. 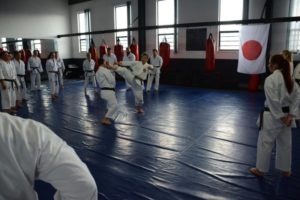 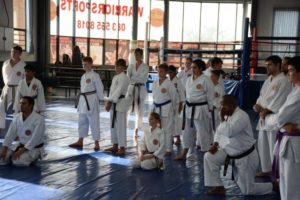 Kasuya Sensei is acknowledged and respected worldwide for his unique teaching method, scientific approach and dynamic technical skill. He emphasizes rotational dynamics and a thinking, analytical approach to Shotokan karate. 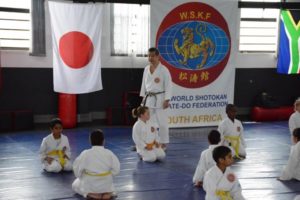 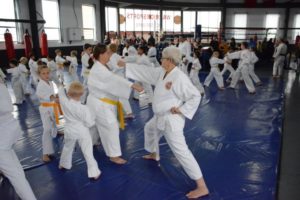 During his short visit to South Africa, Kasuya Sensei presented a number of training seminars – a session each for junior Grades (White to Green belts) and a session each dedicated to more senior Grades (Blue to Black) belts in Pretoria and Vanderbijlpark respectively as well as special training session for WSKF South Africa instructors. Those who attended were inspired by the world-renowned Karate Master who has excelled in both kata (set forms) and kumite (sparring) throughout his karate career spanning several decades. 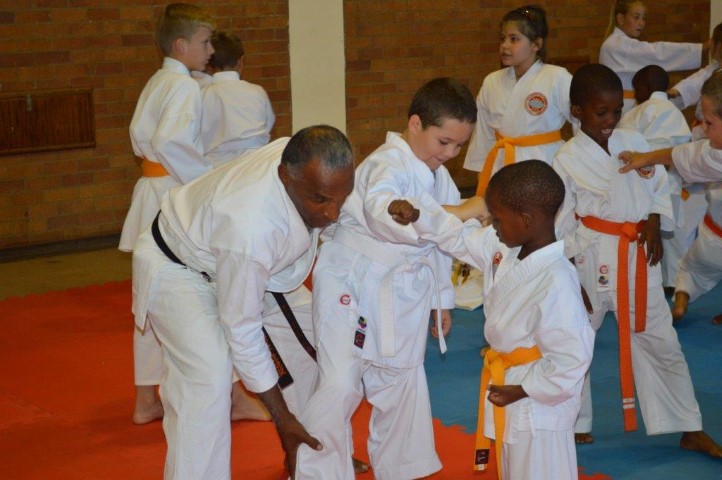 Michael Dukas Sensei, (7th Dan) Chief Instructor of WSKF South Africa and Vice President of WSKF in Africa has known Kasuya Sensei for many years and recalls training with him in Japan as early as (date?) where he witnessed first-hand one of most versatile karateka of all time. Kasuya Sensei was a member of Japan’s national team until 1982. 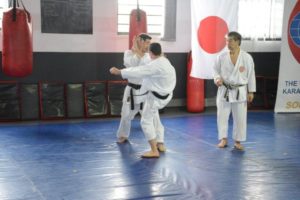 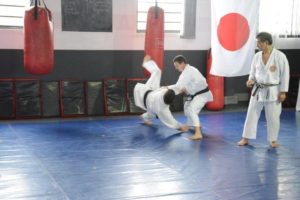 Currently he is active as an instructor and referee. Kasuya Sensei is also in great demand on the seminar circuit and spends a large part of his year abroad teaching seminars in the different WSKF member countries. [The World Shotokan Karate-Do Federation (WSKF) has members in 75 countries. 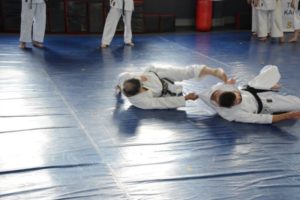 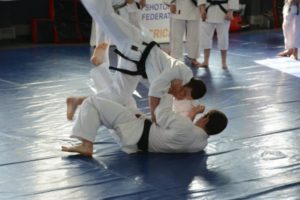 Dukas Sensei says, “We are very pleased that Kasuya Sensei managed to find time in his very busy schedule to visit South Africa. I am sure that our members who attended the seminars gained a lot of knowledge and insight from this exceptional opportunity. I hope they appreciate our Chief Instructor’s excellent contribution and that they will apply his teachings on the various karate techniques and karate etiquette in particular for the improvement of their own karate and to the benefit of karate in general.

We look forward to the World WSKF Championships which will be held in Tokyo, Japan in August 2017.”