During the two weeks the team spent in Japan, members also attended a rigorous three-day karate seminar presented by renowned karate master and World Chief Instructor WSKF, Kasuya Sensei. During the seminar, members got the opportunity to train with top karateka from around the world.

Another highlight of this trip was definitely the dan gradings which were held after the seminar. Kasuya Sensei once again conveyed his satisfaction with the excellent standard of our members who graded. Congratulations to Martin Pretorius Sensei who graded to Yondan (4th Dan), and Muhammad Lala, Tristan Basel and Zanro Burger who graded to Shodan (1st Dan).

Their performance in these gradings exhibited good technique and karate spirit and drew many positive responses from the attendees from other countries. We congratulated the karateka expressing the hope that they will endeavour to train harder so as to achieve their goals in karate.

Senior members, Mike Sensei, Andrio Sensei and Martin Sensei completed a high-level referee course. They officiated during the World Championships where they executed their refereeing duties in an outstanding manner.

The championships, which were held at the Tokyo Budokan – the world-famous arena for martial arts – went well for most of our members. 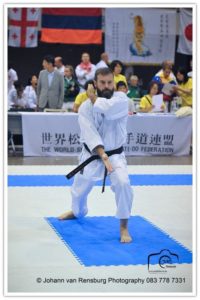 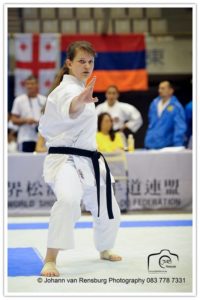 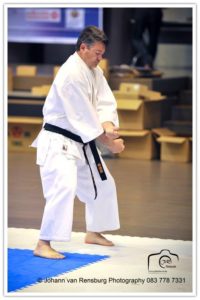 The standard of the competitors, representing 35 countries, was very high. Congratulations to all WSKF South Africa team members who once again showed that the standard of our karate is comparable to the best in the world and whose excellent behaviour gained us a lot of respect from our hosts and the other competitors. 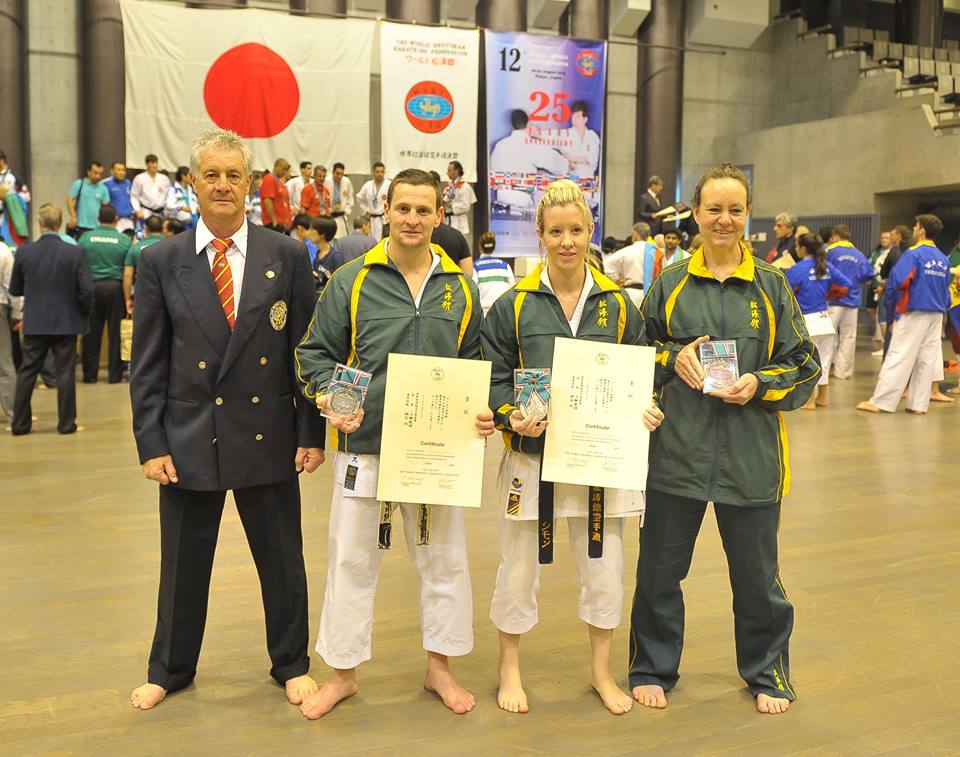 Congratulations also to the following members on their individual achievements:

And then two exceptional achievements that made us all very proud:

•   Mike Sensei was awarded a medal as “ Best Referee”  at the Championships. 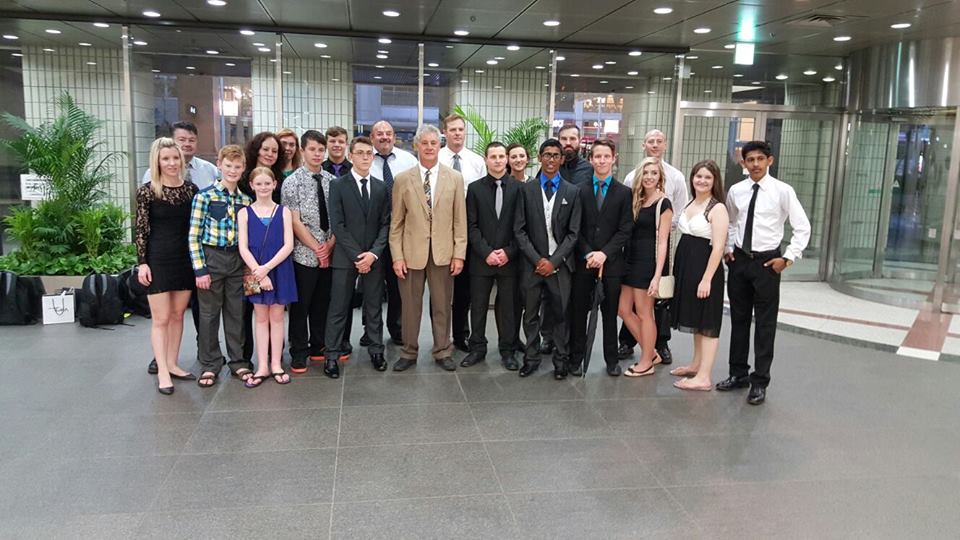 After the championships Kasuya Sensei and his staff hosted a prestigious function on the 58th floor of the Sunshine Prince Hotel in Ikebukuro in celebration of the 25th year anniversary of WSKF. This event was attended by dignitaries and team members from the participating countries. 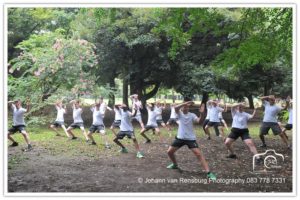 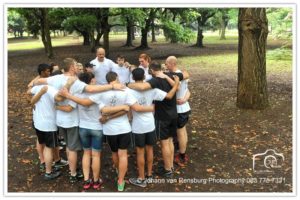 More training and some sightseeing

The team members also got the opportunity to attend a few special training sessions -amongst others with the University Team in Yokohama. Some of the members were also privileged to meet Ibusuki Sensei. A true legend and one of the few remaining students of Gichin Funakoshi – the founder of Shotokan Karate.

Tokyo is a beautiful city to explore and in the little free time, we had everyone enjoy some really good times, eating out, shopping and exploring Tokyo and its surroundings. Amongst many others, we visited Meiji Shrine, Kamakura (where there is a memorial to Gichin Funakoshi), Asakusa and Harajuku (a favourite shopping and hang-out spot for teenagers).

This was truly an unforgettable experience and I am sure that all the tour members will want to extend a special thank you to our Shihankai and especially Sensei Mike and Sensei Bryan who made this trip of a lifetime a reality. Domo arigato gozaimasu!

We received the exciting news that Kasuya Sensei will be visiting South Africa in May 2016. This will present a unique opportunity to train with – and even for some to grade with – our WSKF Chief Instructor.

We are looking forward to the next WSKF World Championships in 2017. The team selected to participate in this event should be announced early in the New Year. There is an only a limited number of places available so be sure to start training now and book early.